By Frank Dabba Smith, London
For German writer Alexandra Senfft, who spoke to Mosaic members and guests on the anniversary of Kristallnacht, 10th November 2014, there can be no such thing as a family secret. 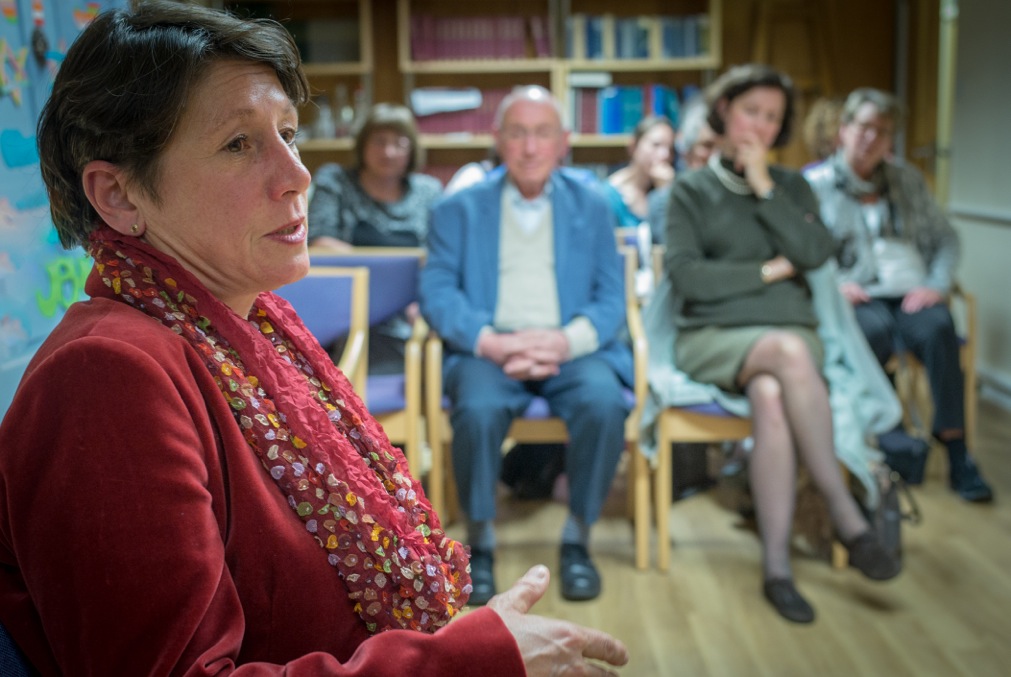 Alexandra’s maternal grandfather was Hanns Elard Ludin who was born in 1905 in Freiburg, Germany and hanged for war crimes in 1947 in Bratislava, Slovakia. Ludin joined the Nazi party and the SA-storm troopers in 1931. Reputedly lucky to survive Hitler’s murderous purge against the SA in 1934, Ludin eventually became the German envoy to Slovakia. He may have been a diplomat by title but he was judged guilty of being directly involved in the deportation of some 70,000 Jews.

Alexandra’s family maintained the fiction that her grandfather was merely a decent civil servant despite his active membership in the NSDAP. This complicit silence was too much for Alexandra’s emotionally deprived mother Erika (1933-1998) who learned of her father’s execution while at boarding school at the vulnerable age of fourteen. Like other children of perpetrators, Erika died too young after decades of depression and alcoholism.

In her very respected book published in 2007, Schweigen tut weh: Eine deutsche Familiengeschichte (The Pain of Silence: A German Family History), Alexandra conveys her personal journey to discover the truth of her grandfather’s crimes and the subsequent silence that also destroyed her mother. Along the way, she lost relationships with both relations and friends. But she gained new and supportive friendships such as with the visionary Israeli psychology professor and filmmaker Dan Bar-on (1938-2008) who brought together descendants of Shoah victims and perpetrators. His passion was to overcome walls of silence and hostility.

Like Dan Bar-On, Alexandra is deeply involved with dialogue and conciliation. She is very aware of Rabbi Albert Friedlander’s words, ‘It’s not for me to forgive and I cannot forget; but we must live together anyway’. Her efforts also include peacemaking between Israelis and Palestinians and acknowledging the stories of the two traumatized sides of this conflict. In this regard, Professor Bar-On was an inspiration, too.

Those who attended Alexandra’s evening held in the packed HWPS sanctuary on Bessborough Road were deeply moved by her courage and vision. At the end of the evening, when I asked for members of the audience to join Alexandra in a photograph, the very first to volunteer was Hana Schlesinger, a child of Slovakian Jews who lost many relations in the Shoah. This was a precious moment of healing.